By Unknown April 26, 2013
I found an enlightening article on what jihad really is. See for yourselves.

"The Arabic term jihad, short for jihad fi sabil-ilah, literally translates as a struggle in the cause of God. Struggling in the cause of God is an endeavor highly elevated within all three Abrahamic faiths. Within Islam it is done in several ways, each operating within its contextual mandate. To understand this one must note that although jihad has a single basic definition, its application varies. The Qur’an teaches Muslims that any endeavor intended to alleviate the suffering of a people is considered a jihad. Feeding the poor, providing medical assistance, defending against a bully, building a road, defending one’s country or family, seeking and teaching good knowledge and striving to improve one’s self are some examples of jihad. The focus here is on three levels, the personal, the verbal and the physical jihad.

The personal jihad is the best struggle to undertake. Evidence of the significance of this can be understood from a statement Islam’s Prophet Muhammad (pbuh) made to his army. Upon returning from a battle, the Prophet (pbuh) stated: “You have returned from the lesser jihad, now the greater (more important) jihad; the effort to conquer the forces of evil in oneself and in one’s own society in all the details of daily life.”

To Muslims the personal jihad is an obligation and a soul-searching endeavor in which they find themselves in daily battles against their vices. The jihad is both subtle and overt. It is an intimate struggle within oneself between good and bad for the seemingly elusive objective of achieving inner peace and equilibrium in life and in accordance with God’s mandates. A Muslim must strive for perfection in all activities despite the obvious fact that it is unattainable. Struggling for perfection makes one that much better every day and facilitates the jihad against internal vices.

The verbal jihad demands that Muslims pursue justice and speak out in the name of God against injustice, suffering and misguided leadership. The concept of this jihad is to use the Qur’an and the teachings of the Prophet (pbuh) to seek justice through words and non-violent actions. Education is an important element of this struggle. On one occasion, the Prophet (pbuh) of Islam taught that: “An excellent jihad is the speaking of truth in the face of a tyrant.” In Islam, truth is unremitting. It transcends all laws, philosophies, ideologies, cultural practices and internationally accepted norms.

The physical jihad, the most talked about, most misunderstood and most misrepresented form of struggle is the last of the three. It is understood to be a military venture. To engage in this jihad, one must first exhaust all means of non-violent struggle in defense of justice. The physical jihad must be used as a defensive measure and can only be directed at the aggressor and those in collusion (if they pose a potential or active threat). Once the objective has been achieved, hostilities must cease and reconciliation should be initiated. During a physical jihad, Muslims are required to observe rules of engagement that clearly state women, children, the elderly and animals are not to be targeted as long as they are not actively participating in the fight. Contrary to what many in the West believe, the concept of ends justifying the means is never a consideration in Islam. It is not permissible to destroy the infrastructure or means of survival of the opponent. According to Islamic law, jihad against civilians and non-combatants is a grave sin.

It is incumbent upon people to understand that the popular misconception about the role of jihad arises from misinterpretation of select verses from the Qur’an". 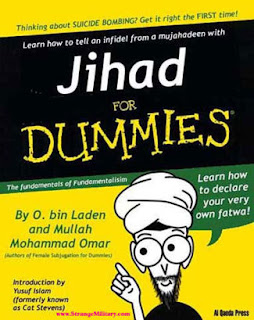