65th Anniversary of the Nakba

By Unknown May 15, 2013
Here are the more common questions about the Nakba (taken from here)

Nakba means "Catastrophe" in Arabic. It refers to the destruction of Palestinian society in 1948 when approximately 750,000 Palestinians fled or were forced into exile by Israeli troops. Because the Palestinians were not Jewish, their presence and predominant ownership of the land were obstacles to the creation of a Jewish state. Their exodus, or Nakba, was already nearly half-complete by May 1948, when Israel declared its independence and the Arab states entered the fray.

Many Zionist leaders in Palestine openly favored "transfer" of the indigenous Palestinian population. Zionist forces used clashes that erupted as the British Mandate of Palestine came to an end in 1947-48 to rid as much of the land of its Palestinian inhabitants as possible. By the end of 1948, approximately 750,000 Palestinians - three-quarters of the Palestinian population - fled in panic or were forcibly expelled. It is estimated that more than 50 percent fled under direct military assault. Others fled in panic as news of massacres - more than 100 civilians in the village of Deir Yassin and 200 in Tantura -- spread.

Zionist forces depopulated more than 450 Palestinian towns and villages, most of which were demolished to prevent the return of the refugees. (Figures of the number of towns and villages destroyed and depopulated vary. The Israeli daily Haaretz reports 530 lost villages.) These comprised three-quarters of the Palestinian villages inside the areas held by Israeli forces after the end of the war. The newly established Israeli government confiscated refugees' land and properties and turned them over to Jewish immigrants. Although Jews owned only about seven percent of the land in Palestine and constituted about 33 percent of the population, Israel was established on 78 percent of Palestine.

2. Why does the Nakba matter today?

The Nakba is the source of the still-unresolved Palestinian refugee problem. Today, there are more than 4 million registered Palestinian refugees worldwide. The majority of them still live within 60 miles of the borders of Israel and the West Bank and Gaza Strip where their original homes are located. Israel refuses to allow Palestinian refugees to return to their homes and to pay them compensation, as required by UN Resolution 194 of 1948.
Sixty-three years after the Nakba, Palestinians continue to be denied their freedom and independence. In 1948, 78 percent of Palestine became the state of Israel. Today, the 22 percent that remains continues to be confiscated for the expansion of Israeli settlements and construction of the separation wall. This ongoing denial of Palestinian rights combined with U.S. financial and diplomatic support for Israel fuels anti-American sentiment abroad. A 2002 Zogby poll, conducted in eight Arab countries showed that "the negative perception of the United States is based on American policies, not a dislike of the West." The same poll showed that "the Palestinian issue was listed by many Arabs among the political issues that affect them most personally, in some cases topping such issues as health care and the economy." Resolution of the Palestinian issue would improve America's image and create lasting goodwill in the Arab and Muslim worlds.

3. Who are the Palestinian refugees?

Palestinians displaced for the first time in the June 1967 war from their places of origin in the West Bank, East Jerusalem, and the Gaza Strip.

Palestinians who left the Occupied Territories since 1967 and are prevented by Israel from returning due to revocation of residency, denial of family reunification, or deportation. Some are unwilling to return there owing to a well-founded fear of persecution. Israel deported more than 6,000 Palestinians from the Occupied Territories between 1967 and the early 1990s, revoked the residency rights of some 100,000, demolished 20,000 homes and refugee shelters, and confiscated several thousand square kilometers of land. [Refugee Facts and Figures]

Internally displaced Palestinians who left their homes or villages but remained in the area that became the state of Israel in 1948.

Internally displaced Palestinians in the West Bank, East Jerusalem, and the Gaza Strip.

4. How many Palestinian refugees are there?

The United Nations Relief and Works Agency (UNRWA) administers the only registration system for Palestinian refugees, but it only includes those displaced in 1948 (and their descendants) who are in need of assistance and located in UNRWA areas of operation - West Bank, Gaza Strip, Jordan, Lebanon, and Syria. According to UNRWA, in 2008 there were 4,618,141 registered refugees.

BADIL, a Palestinian non-governmental organization, estimated that there were more than 7.1 million Palestinian refugees and displaced persons at the end of 2008. [Survey of Palestinian Refugees and Internally Displaced Persons 2008-2009]

5. Where do the Palestinians live today?

6. Do Palestinian refugees have a right to return to their homes?

Yes, they have the right, although Israel has so far refused to recognize this right. All refugees have an internationally recognized right to return to areas from which they have fled or were forced, to receive compensation for damages, and to either regain their properties or receive compensation and support for voluntary resettlement. This right derives from a number of legal sources, including customary international law, international humanitarian law (governing rights of civilians during war), and human rights law. The United States government has forcefully supported this right in recent years for refugees from Bosnia, Kosovo, East Timor and elsewhere.

In the specific case of the Palestinians, this right was affirmed by the United Nations Resolution 194 of 1948, and has been reaffirmed repeatedly by that same body, and has also been recognized by independent organizations such as Amnesty International and Human Rights Watch.

The U.S. government supported Resolution 194, and voted repeatedly to affirm it until 1993. At that time, the Clinton administration began to refer to Palestinian refugee rights as matters to be negotiated between the parties to the conflict.

Israel refuses to allow the refugees to return to villages, towns and cities inside Israel due to their ethnic, national and religious origin. Israel's self-definition as a Jewish state emphasizes the need for a permanent Jewish majority, Jewish control of key resources like land, and the link between Israel and the Jewish diaspora. Jewish citizens, residents and Jews from anywhere in the world are therefore granted special preferences regarding citizenship and land ownership. 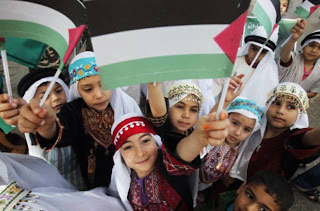 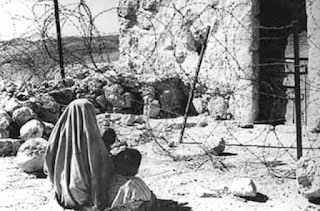 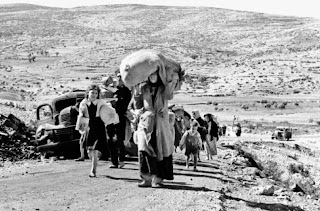