2013 has been a seriously rocky year for Egyptians. Massive protests against then President Morsi inaugurated the year, and the growing hatred was channelled through what has proved to be an incredibly useful vehicle across the region: the Tamarrud ("Rebel yourself") movement. A turning point was reached on 30 June, and the Army felt legitimised by the millions of people who had taken to the streets to oust the President and take the reins of a renewed transition to democracy. The Army, spearheaded by new superhero Colonel Sisi, also felt somewhat legitimised to break in the huge Muslim Brotherhood sit-ins of Rabaa Al-Adawiya, leaving behind hundreds of dead and a deeply polarised country, where stability is little by little imposed again, thanks to an iron fist that has had no qualms in arresting, torturing, repressing... All for the sake of Egypt's recovering its honour and economic well-being, that is. There's no place for dissent. There's no place for hope. Doesn't it ring a pre-2011 bell to anyone?

Syria: the stalemate drags on

Everybody, inside and outside Syria, was bracing for real war when President Obama declared (it was high time!) the red line had been crossed: there was believable evidence that Assad had resorted to chemical weapons and that would entail a US attack that could have tip the scale against the Syrian regime. This was unacceptable for Russia, who once again made magic and pushed through a key agreement that would force the regime to destroy its chemical arsenal but would, above all, respect the existing status-quo on the ground. The civil war not only drags on, but according to some sources, intensifies by the week, slimming the chances of reaching a fair credible deal on the January Geneva Summit that the international community seems to be expecting like spring showers. The likeliest outcome seems to be, at least for now, a Lebanon-style conflict dominated by an even crueler regime and by dangerous extremists.

The main hostage of the Syrian war seems to be neighbouring Lebanon, not only because of the worryingly growing refugee crisis, but especially because of the political deadlock that hasn't changed a bit since May. Hezbollah appears as the chief victim of this political crisis, but it's the entire country that is having to swallow this bitter pill, silently witnessing how their beloved country is being pulled into a struggle nobody wants to go through again.

Last year's assassination of the American Ambassador was only a warning sign that the country was spiralling out of control. Last month, everybody's fears became true when 47 people died at the hands of the militias of Misrata settled in Tripoli. Even though many militias have handed power to the military and others, such as Misrata, have left the capital, the country remains a puzzle where each zone is controlled by local militias or tribal leaders. Such is the feeling of insecurity and chaos that many Libyans can be seeing blatantly carrying weapons. Chaos has settled and has had one main dire consequence: the country has been forced to cut its oil production, its main (and often only) source of revenue. The power vacuum created in Tripoli has lead to many regions' asking for more, and particularly to the declaration of autonomy by Cyrenaica (where coincidentally most oil wells may be found). Adding to that, most ports in the Gulf of Sirte or oil wells elsewhere have been blocked by local militias or by workers themselves. Their demands range from greater participation in Libyan politics to an improvement in working conditions, including the recognition of the Amazigh language and the creation of a federal state.

Tunisia: the only hope for the Arab Spring?

In Tunisia, turmoil has also been the norm. But, as opposed to the gloomy outlook that haunts the rest of the region, the country where the Arab Spring came into being is nowadays seen by many as the only country where the awakening is still having a certain impact. The Tunisian people, fed up with corruption, insecurity and political inefficiency, have taken to the streets several times. And, what is more, have managed to oust an Islamist government in a peaceful way and without the intervention of the military, and nowadays endure a transitional body, eagerly awaiting for a success of a comprehensive National Dialogue and, above all, for next years' elections.

Yemen is another Arab country where a National Dialogue is supposed to be taking place. But, in this case, prospects are dimmer than ever. Partly because the one who took the driver's seat of the state was Abd Rabbuh Mansur Hadi, previously the Vice President under President Ali Abdullah Saleh, overthrown by massive protests part of the Arab Spring. Nearly three months past the deadline, the transition process drawn by the Gulf Cooperation Council seems to be on hold, amid security and economic challenges as well as political differences. Remaining tasks include writing a new constitution, putting it up for referendum, completing the new electronic electoral register, and amending the election law. All of this before February 2014. The situation has been made worse by the split in the Southern Movement' demands to be given the right to “self-determination and the restoration of the state” that existed in the south before the unification with the north in 1990. The Al-Qaeda insurgency and the continuous US drone attacks are surely not helping either.

Palestine: waiting for the Third Intifada

While everybody around talks about the likelihood of a success in the resumed Peace talks between Israelis and Palestinians (well, only with the Palestinian Authority lead by Mahmoud Abbas), Palestinians seem to be more focused on building up their anger against what many consider a more hostile occupier by the day, but also against politicians that have been in control without checks or balances for years. The feeling is shared both in the West Bank and in the Gaza Strip, where weariness is widespread, and everybody believes the corrupt inefficient governments in place are to blame. A Tamarrud movement was created in Gaza, where Hamas seems to be losing ground by the day, while discontent in cities like Ramallah and Nablus is more common than any authority would like it to be.

Morocco: did you say “democracy”?

Even though the Monarchy had to endure a non negligible political crisis by the middle of the year, when all members of the Islamist Istiqlal party decided to withdraw from the government, seems do not seem to have changed a bit. Maybe it's because the cosmetic "Third Way" has succeeded. Maybe it's because the widespread uneasiness is more latent than people believe and is only waiting for a spark to break out. As it always happens in Morocco, only time will tell.

When it comes to the other countries, we should mention Algeria, where everything seems to be set for the 2014 presidential elecions… or not? In Jordan, the main issue seems to hinge around the refugees’ crisis, although discontent with the current regime remains unabashed. In Iraq, the sectarian violence leaves dozens of dead behind every day, and an election ahead will probably not allow calm to take hold. Nobody seems to care about Bahrain anymore, even though activists keep being jailed and repression being exerted. Meanwhile, in the Gulf, cosmetic makeovers manage to keep the lid on the people's plight (not to mention the immigration roughhouse) and the quest for external influence remains both Saudi Arabia and Qatar's main concern. 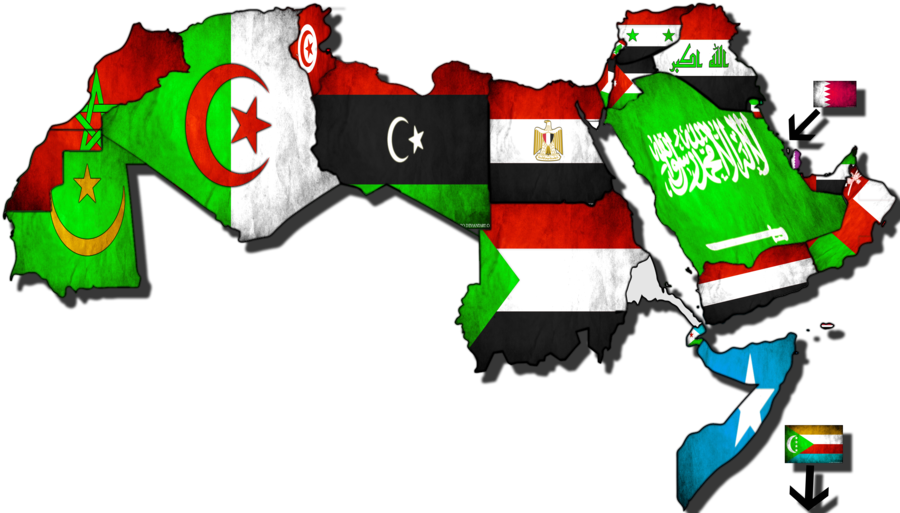