Is Egypt as rich as people believe it is?

By Unknown November 04, 2013
Every time people cite Egypt's economic distress in front of an Egyptian, he most probably will bump retorting that this economic problems are surely due to political mismanagement, as Egypt is an incredibly resource-rich country which could one day reach the level of brethren Arab countries such as Saudi Arabia or wealthy countries in the region such as Israel? I have to say I, undoubtedly influenced by History courses about the incomparable Egyptian Empire, have always believed that fact. Until now. This week-end I found what I consider an enlightening article on the issue.

"While there are several pieces of evidence to suggest that there is some squandering taking place, there is little or no evidence to suggest that the resources that Egypt has are nearly enough to help the country make a significant progress.
First, let us again re-list some simple facts. Egypt is predominantly desert with only 4% of its total land area cultivated and settled in.  Poverty rates hover above 26% with over 70% of rural area inhabitants below the poverty line.
Second, if we examine key revenue drivers from non taxation activities, we find that the Suez Canal and tourism combined can reach $20bn per annum. To put this figure in perspective, that is less than the revenue made by Wal-Mart in one month!
Third, on the demand side, the country is gripped by a growing population and swelling consumerism. For instance, per-capita consumption of wheat is currently at about 182 kilograms. A figure which was less than 110 kilograms in the 1960s when Egypt had less than half of its current population.  On the energy front, Egypt also imports about 14 million tonnes, or about 40%, of its petroleum and fuel products each year; the pressures are massive with energy subsidies making up as much as 30% of Egypt’s government spending. Despite all the political turmoil of the past 3 years in the search for democratic reform, Egypt can’t eat democracy!
Fourth, Egypt is a country without a cohesive economic plan. The country is not structurally geared to provide high levels of prosperity to its citizens. In the Global Competitiveness Index, Egypt has been consistently performing poorly in areas related to macroeconomic stability and labour market efficiency. So, as long as most Egyptians dread free market strategies and believe that their welfare is best promoted by nationalised monopolies and big governments, not much is going to change; and as long as privatisation and liberalisation continue to be considered taboos, Egypt’s economy will continue to decline and ordinary Egyptians will languish in extreme poverty.
To sum it up, the fact remains that Egypt is a poor, overpopulated country with limited resources compared to its inhabitants. The perpetual state of denial is making matters even worse. The myth of a resource-rich country may have held well at the times of the Pharaohs, but a country which is not and will not be self sufficient for most of its needs, must think beyond this antiquated rhetoric and devise a plan". 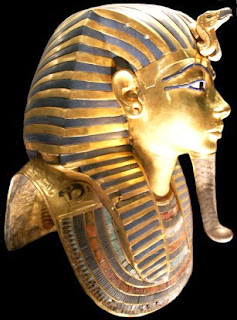