By Unknown January 15, 2013
Today, 14th of January, marks a remarkable date: two years have gone by since the overthrow and exile of former Tunisian President Ben Ali, a momentous moment for both the birthplace of the Arab Spring and the whole region. Tunisians feel there is little to celebrate, though, as things are not getting any better. Young people, the ones who mainly started the revolution, are frustrated at the Government´s lack of political and economic vision (for instance, because unemployment has risen, specially amongst graduates). Ruling Islamist party Ennhada is showing no willingness of actually changing the status quo, and that is considered by many a symbol of what Islamists throughout the Arab world may do in the coming years. The revolution goals remain unaccomplished and citizens grow unsatisfied. Does that ring a bell to anyone?

Background on how Tunisia is faring here. 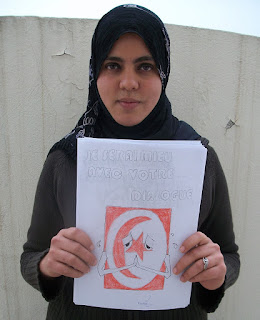